The Power of Self Belief 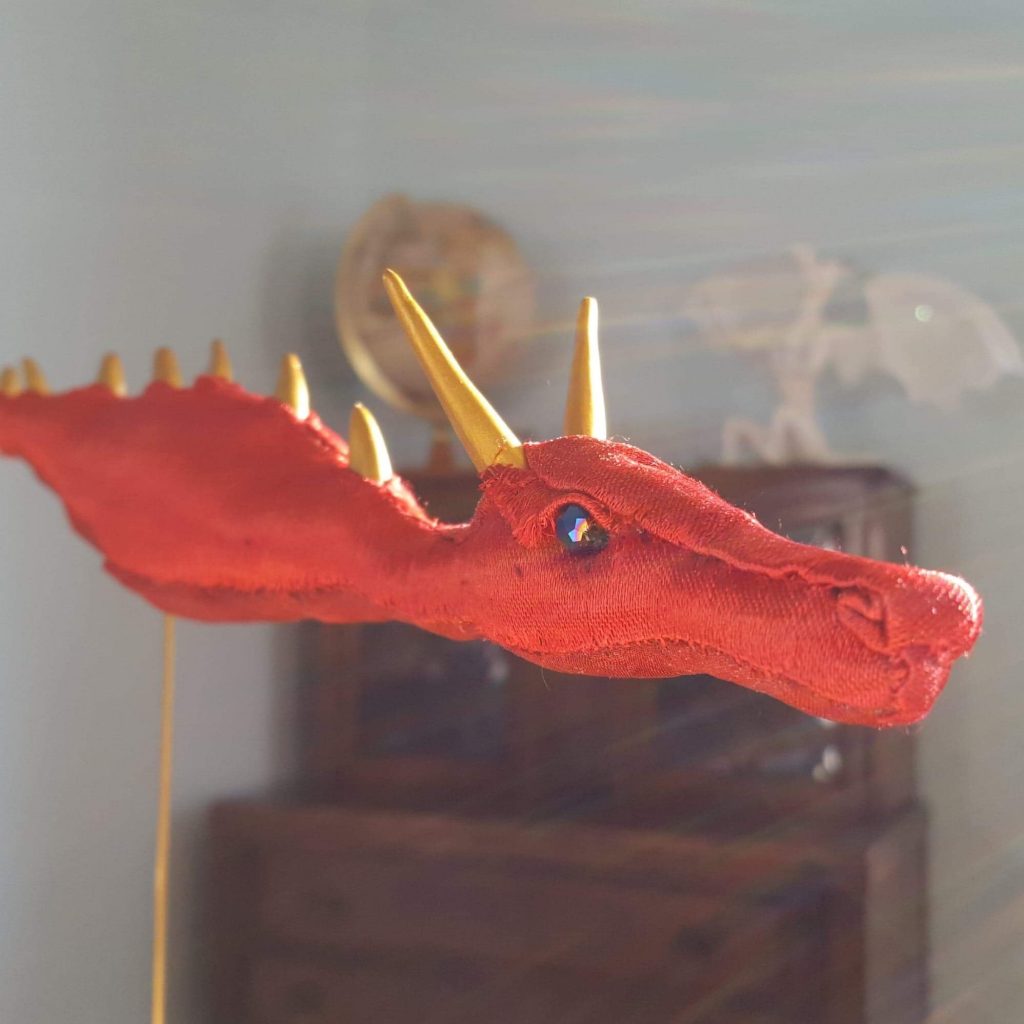 The Power of Self Belief

As you may have noticed, I’ve begun another 100 Day Goal. I’m already 14 days in and my mood is riding sky high at present. I get such a wonderful buzz of excitement with these big projects. This one is no exception.

This morning I woke early yet again, eager to make progress. It never ceases to amaze me how much the thrill of working on something new and exciting influences everything about my day. Like the sheer pleasure of getting up to greet another beautiful sunny day and the absolute bliss of walking my dog, head held high in the knowledge of the physical and psychological progress I am making, makes me feel invincible, formidable.

Perhaps it’s my red dragons personality rubbing off on me?

Since adding his eyes, I’ve known beyond doubt that he is a very strong minded individual and that despite his relatively small size, when compared to my other dragons, he is definitely one to be reckoned with.

Perhaps I should have realised from the outset that my choice of colour and fabric for him would be asking for problems, but my red dragon simply wasn’t going to budge. He was next in line to be made real in this world and not one of the other creatures waiting patiently in my imagination was going to argue with him.

He is a red dragon after all.

Did you know that red dragons are incredibly complex creatures? Far more so that any other dragon. Incredibly loyal and passionate with an immensely strong sense of right and wrong, they are also very clever, quick and agile creatures. Combined with an undeniable inner strength and self belief, they are formidable opponents in every possible way. As I’ve created my own red dragon I’ve also come to realise that they are also fiercely protective of those they love.

I find myself returning the feeling. He has awoken the fiercely protective mothering instinct in me. Knowing his future lays in the big wide world without me, I have found myself providing him with every possible form of protection.

The delicate fabric of his skin, which has a tendency to fray quite badly, has been reinforced to make it as strong and resilient as possible. His golden horns and spines have been made with oven hardened clay to prevent damage. His eyes, double covered to protect them in battle.

I am absolutely adamant that he will be given every advantage I can think of before he embarks on his journey into the unknown.

As always, my creative adventures teach me far more about myself than I’d have though possible.

So what has my red dragon taught me?

This morning he asked, “Did you know, when you first began this project, that you could create me?”

“No” I replied. And after giving it some thought continued. “I don’t honestly think I did. I simply had you in my head, eager to get out. I had no real idea of how”

“Did you believe you could create me?”

“Oh my goodness, yes. I knew you’d get here somehow. You were too powerful to resist”.

As I said it out-loud, the truth dawned on me. I did simply believe that he would be made.

I realise now that I have been holding myself back in so many ways through a lack of self belief. My red dragon is instilling me with so much self belief at present that I feel as though absolutely anything is possible.

I’m reminded of the Audrey Hepburn quote that appears so frequently on-line:

Nothing is impossible, the word itself says ‘I’m possible’!

“Yes”, says my red dragon with a wise nod of his head, “inner belief is half the battle”.

Wishing you a wonderful day lovely follower, may it be filled with the inner belief that you have what it takes to follow your dreams.

The following images record my progress for days 1 to 14 of my 100 day goal. 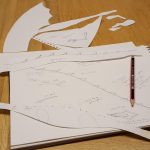 Creating my pattern and deciding how my dragon might be constructed 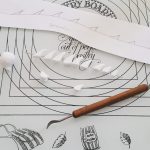 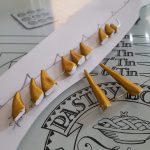 Painting his horns and spines 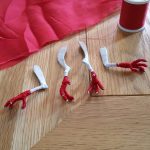 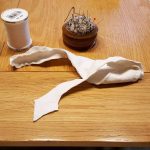 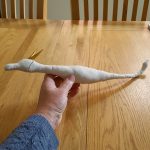 I’m really happy with my pattern 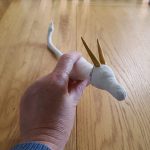 Trying on his dragon horns for size 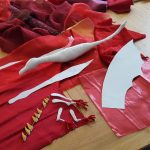 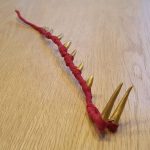 Creating the structure of his spine 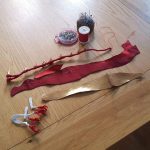 The pieces are now ready 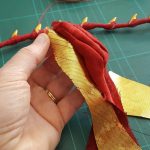 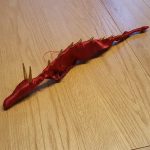 He’s beginning to come together 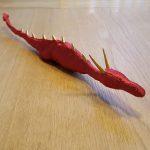 Lots of hand sewing to get to this stage 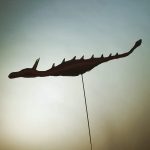 Eager to know what it might feel like to fly, my dragon asks to be suspended in the air 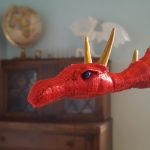 He can see me at last. So much communication and personality in those all important eyes