A time to Seek Forgiveness

A Time to Seek Forgiveness

Last Sunday, 9th December, my 100 Day Challenge ended having raised a grand total of £600 pounds to help the victims of the Indonesian Tsunami. It was a truly humbling experience that continues to bring tears of gratitude to my eyes.

I had been full of good intentions to write a blog on Saturday 8th, as I had each of the previous Saturdays through my epic project, or at least to write this blog once Sunday’s events were over. However, as you will have already realised, neither happened. Sorry about that.

I completely ran out of time on the Saturday and after Sunday I was nervous about writing this blog, of reporting what actually happened. So I’ve been procrastinating all week rather than getting on with it.

In hindsight (if only we could know sometimes in advance?) I’ve realised I made mistakes. And if you donated hoping to win my Phoenix I can only apologise. I truly am sorry you didn’t win her.

And now I’m in a bit of a fix that can’t be satisfactorily solved. And I’m hoping you’ll forgive me?

This is the honest truth of last Sunday’s events.

In the final weeks running up to last Sunday I worked flat-out, sewing at all sorts of silly hours, in order to get my Phoenix finished in time.

I also worked a shift of my paid employment all day last Saturday. When I arrived home in the evening, with the exception of stopping to eat, I worked right through until the early hours of Sunday. I completed my 100th day in the very first hour of the day, finishing at a quarter past one in the morning.

My husband nicknames me last-minute-dot-com. Despite my best intentions almost every big project I’ve ever completed, regardless of how diligent I’ve been, has been completed in a last-minute flurry of activity in the early hours.

Last Sunday was no exception. And in truth, in those final couple of weeks I was exhausted.

What had begun as an hour a day project had morphed into a huge project. I frequently worked on my phoenix for far more than my intended hour. Then there was all the time spent on social media, on creating posters and bookmarks and the hours spent phoning and emailing influential people in the hopes of promoting my project to reach a wider audience. The project was a huge 100 day long rollercoaster of a ride.

I loved it, I don’t regret a minute of my fundraising project, but I made mistakes. The biggest was not being better organised for the draw last Sunday.

Am I being too hard on myself? After all, we did suffer a bereavement and subsequent funeral in the final weeks of the project? Perhaps, but I simply want you to understand what happened.

I invited a few close friends and family to help me celebrate the end of my project and to be present for the prize draw. With plenty of drinks and food on offer, there was a wonderful party atmosphere in the air. I felt blessed to have such an amazingly supportive group of people around me to help me celebrate.

When it came to the draw at midday, I choose the only independent person present to select the winners name. The person who I considered to have no vested interest in who won the raffle. I asked my husband.

In hindsight perhaps I should have chosen someone else? Used a different methodology? An electronic name generator perhaps? And should I have filmed all the names in the bowl to prove they were legitimate?

I had run out of time for such preparations, for which I can only apologise.

So instead I had written everyone’s names on identical pieces of paper, one for every £5 donated, and put them into a clear glass globe bowl.

I’d never posted a live video to social media before either, which if you’ve watched it on my Facebook page, is obvious.

After some flaffing about, endless stirring of the bowl of names, Ian pulled the winning name out of the bowl.

He opened the slip of paper, there was a pause, then he showed the camera saying “And the winner is……Jason!”

We couldn’t have made it up.

Our own son won! Now did that look bad or what?

Everyone present roared with laughter.

In hindsight, should I have asked everyone to state if they wished to be included in the draw? Would that have been any more fair? Perhaps.

But I hadn’t, so everyone’s name got included. Many wonderfully generous individuals (you know who you were) had their names included several times.

I phoned Jason to let him know the news and then the festivities continued. An hour or so later, Jason phoned me back. I don’t recall his exact words, but this is pretty close:

“Mum, we’ve decided that we’d like to gift the phoenix back to you. We want her to remain with you as a reminder to keep persevering and of what you’re capable of doing”.

My first reaction was to cry tears of gratitude. Sophia would remain at home with me. Then the implications began to sink in.

I explained, somewhat apologetically, what had just happened to the gathering. Then the weirdest thing happened.

My two closest friends from childhood said that they had both agreed before the draw that they would do exactly the same if they won. And so did my daughter.

So many close friends and family had donated, so I really should have realised that it was highly probable that someone close to me would win.

I’ve spent the remainder of this week worrying and fretting about how to tell you all.

I could give Sophia away to one of you, those of you who were desperate to own her, but how on earth could I possibly choose? And I’m sure I would upset my son dreadfully if I did.

So Princess Sophia will be remaining here for the moment. I’m hoping that someday I’ll find a better way to share her with you all.

My dear friend Michelle, thinks I should have my creations on display somewhere to allow more people to see and appreciate them. I’d love that. May be some day I’ll pluck up the courage to ask a gallery.

But right now, I’m going to take a break, try to relax, enjoy Christmas and give thanks that there are so many wonderful, generous, kindhearted people in the world.

You know who you are. Thank you from the very bottom of my heart for helping me to raise so much money to a worthwhile cause.

Together we have made a difference in Indonesia. In my view it’s probably the most meaningful and best Christmas gift possible.

And I’m hoping that being the warm-hearted generous person that your are, that you’ll understand and that you’ll forgive the ending to my 100 day charity project?

Have a very Merry Christmas.

I finished adding all the small feathers to one side of Sophia’s wing.

I began sewing matching feathers to the upper side of her left wing.

I almost completed both upper wings.

My fundraising continued and I hit my £500 target. Amazing! Both Sophia and I wore the biggest, most stupid grins on our faces all day 😁

I made yet more feathers. The methodology I’m using is so feather hungry. I’ve no idea how many I’ve made in total, but it’s never enough.

Having completed the top of her wings, I began work on the undersides. I took to playing the most calming music I could find in an effort to stay focused and not panic as I worked. I think Sophia enjoyed her acupuncture session as I pinned the feathers in place prior to sewing.

Was a very long day. I spent a solid ten hours sewing to complete the underside of Sophia’s wings. I didn’t finish until a couple of minutes after midnight, but psychologically, I reached a major milestone in her creation. I began to believe I could finish her in time.

I completed most of Princess Sophia’s neck feathers.

Horror of horrors, I realised I didn’t like the neck feathers I completed yesterday. They were too big and the colouring wasn’t right. So I did the unthinkable and unpicked and removed them.

Then I set to and made masses of really tiny feathers, so small that I almost needed tweezers to hold them to sew. I worked the entire evening and into the small hours attaching them in place and embroidering the remainder.

I completed my final hour on Princess Sophia from midnight until one fifteen on Sunday 9th December.

I’m still struggling to process how wonderfully kind and generous everyone has been. I spent much of my final creative week with tears of gratitude in my eyes, whenever another donation was made. And there were a lot in that final week. It made sewing particularly difficult you know.

Thank you everyone so very much. Your support has been….. I can’t even begin to describe how much it’s meant.

Thank you, from the very bottom of my heart.

So, the big question is, did I finish Princess Sophia?

Not quite. I still think she needs a crown or tiara. After all, she is the future Queen of the Skies.

So when I feel able to pick up my sewing kit once more, I’ll make one for her and of course, I’ll share the results with you. 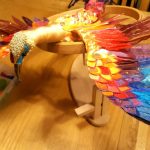 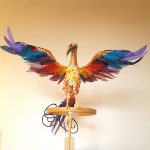 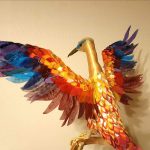 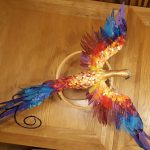 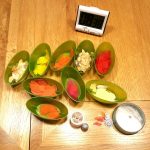 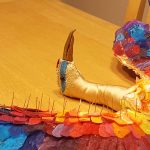 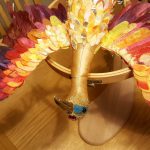 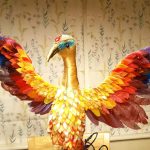 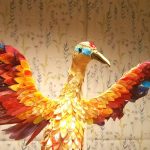 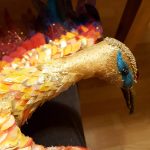 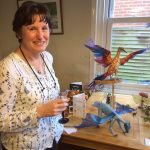