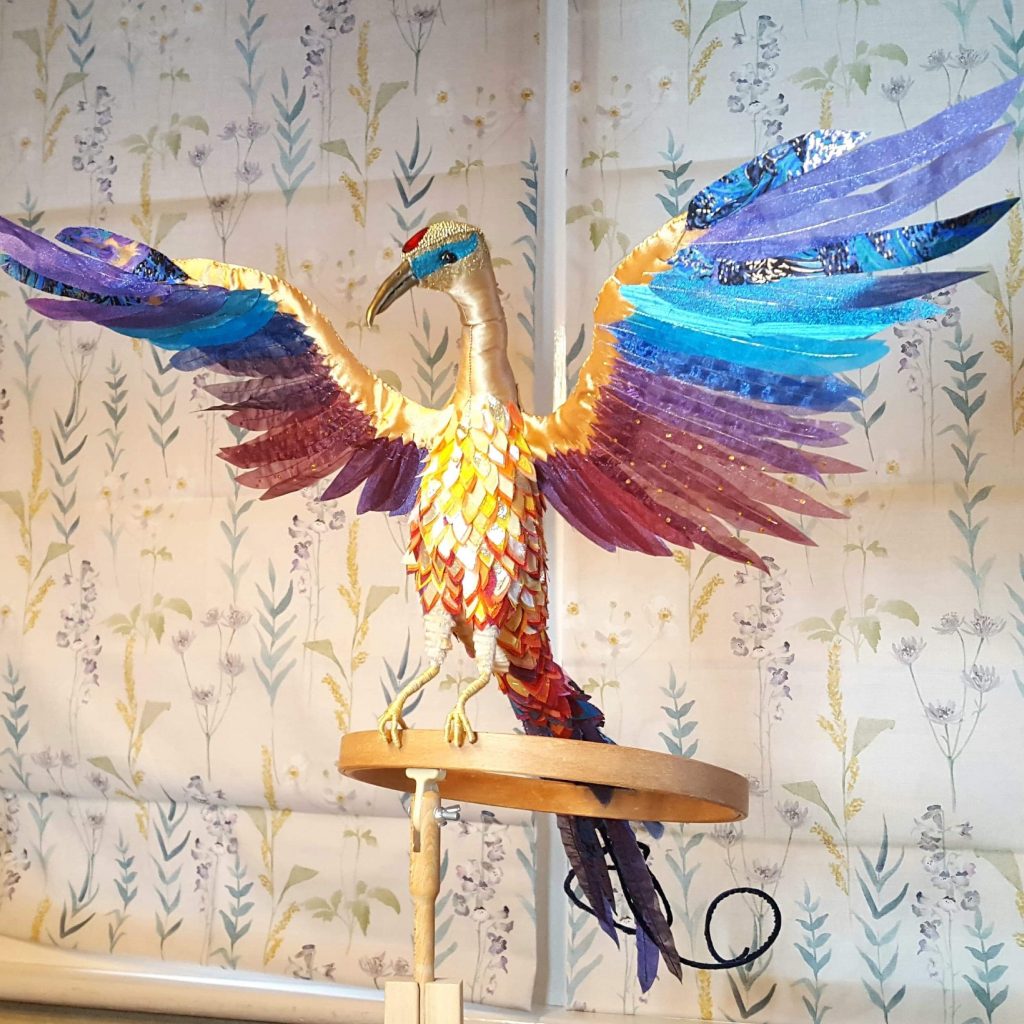 With the finish line of my 100 day project clearly in sight now, the issue of how quickly time rushes by seems to be constantly on my mind of late.

Every one of my journal entries for the past week have been about time in one form or other. There is so much that I want to do and achieve and there never seems to be enough hours in the day. Time marches on relentlessly and regardless of our needs from it.

I’ve mentioned before how chaotic my creativity is. I can never seem to plan what I do, it just….well, it just happens?

Provided I follow my daily routine of at least an hour a day, my Phoenix can’t help but progress. However, I’m now at a slight stage of panic about whether she will be complete by day 100?

And I’m absolutely determined that she will be.

I seem to have spent most of this week attempting to bring a little order to my overflowing task list. I’ve researched all sorts of time management ideas and techniques in the process. This morning I discovered the somewhat startling revelation that in a LinkedIn survey almost 90% of professionals admitted they’re unable to accomplish all the tasks on their to-do list by the end of an average workday!

I can’t tell you how relieved I was to read this. I’m not alone after all.

This startling revelation did make me question how we view time though.

This week, one of my dog walking friends was very upset that he’d just received news that his niece had died at the age of 44. She was diagnosed with multiple cancers only three weeks ago after going to the doctors with a slight headache and cough. My friend himself has terminal cancer and really hadn’t expected to still be among the living over two years after diagnosis. He is endeavouring to make the most of every single day he has.

Yes time is a huge deal.

And I find myself pondering what exactly is time?

Typing that question into google provides all sorts of fascinating answers (I’m smiling to myself as I write this as the irony that I have made time to look up this strange topic is not lost on me!)

I like the concept of thinking of time as three separate elements: the past, the present and the future.

The past – everything that has happened before this very second.

The present – what is happening now, this very moment.

The future – and this is the exciting one, it’s the unknown. The future is that indefinite time period that extends out before us. Some people might see it as predetermined, but for most of us it is essentially unknown and is open to so many possibilities and permutations.

And that’s how I see my future, especially in Concordia’s World. It’s filled with endless possibilities and excitement.

Will I finish Princess Sophia? Of course I will. Why am I so certain? Because I have trusted my natural instincts throughout this project. I didn’t actively plan for my single Phoenix project to take 100 days. I have simply turned up each day and put in the work, doing whatever task felt appropriate. I’ve done what’s instinctively felt right.

This system has bought me this far and I know I’m not far from finishing now, so I’m not going to abandon it now. I will continue to turn up each day and trust the universe to provide me with sufficient time to complete my precious Phoenix in exactly 100 days.

I was asked last night what I will create next, once my Phoenix is complete? I replied that I have some ideas. I even bought a rather beautiful evening dress in a charity shop yesterday, purely for its fabric. It will be perfect for a little project that has been brewing in my imagination.

Will I create this new creature from Concordia’s World, the one that’s now occupying my thoughts as I go about my day? I do hope so.

Only time will tell! 😉

Until next week dear friends.

Having completed Princess Sophia’s primary wing feathers, today I began making smaller feathers, the primary coverts this time. I’ve learned so much about bird anatomy during the creation of Sophia, who knew the different layers of wing feathers had such odd names?

I created more covert feathers (is it just me or does this name suggest they are undercover, secretive in some way?)

I began pinning the new feathers onto one of Sophia’s wings, but I wasn’t at all happy with the colouring – far too dark.

However, Princess Sophia and were very, very happy and celebrated that our fundraising total hit 50% of our target £500.

I made and pinned yet more covert feathers in place in an attempt to lighten the overall colour scheme. The result was better but still not right.

I made yet more feathers and finally found a colour combination I liked, so I began sewing them into place.

It’s not an easy process. Each feather is individually made with a wire spine and the pins holding each one in place combine to create a web of metal spikes. The combination of 3D obstacles constantly conspire to snag my invisible thread, despite my valiant efforts to avoid this happening. And as the name suggests, being invisible, it’s not always easy to see where exactly the thread has become tangled!

I finished sewing all the upper-wing covert feathers in place on both wings.

And I made a poster to help promote the project.

I created an additional 40 feathers to add to my collection of covert feathers, in preparation for adding to the underside of Princess Sophia’s wings tomorrow.

It’s a big day as she has her first official engagement. She is understandably nervous as I will be working on her in front of an audience at the local church Christmas Fayre. Hopefully she will put on a good display and encourage lots of lovely people to donate to her chosen charity to help the victims of the Indonesian Tsunami.

The total on our Just Giving page currently stands at £265! 😁 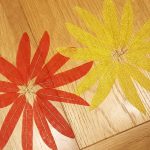 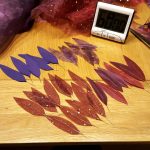 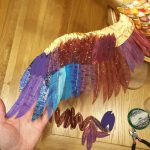 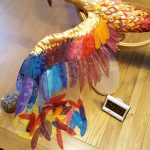 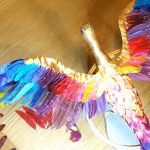 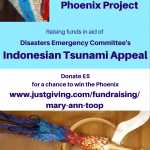 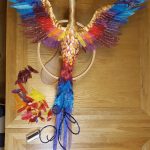 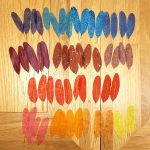